The Gift of Free (Random) Knowledge from Wikipedia

Wikipedia is big, right? Do you remember the 2015 project where it was printed? Current estimates suggest a printed edition of the English language version (without images) would require 3011 volumes and would fill 16 book stacks.

As tweeted January 1, 2022, celebrate this gift of knowledge by using Wikipedia’s random link generator and share what you find.

@Wikimedia
We want to give you the gift of free knowledge. Click this link for a randomized @Wikipedia article. Tell us what you learn. 🎁 P.S. Each time you click the link, you will get a different result! https://t.co/SqqX4WD6j3

Mine was American explorer William Raynolds, who was led the first summit expedition of the tallest mountain in Mexico Pico de Orizaba and also the 3rd highest peak in North America 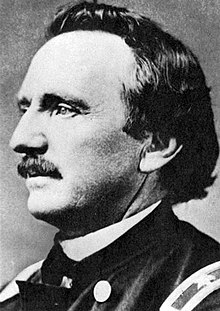 William Franklin Raynolds (March 17, 1820 – October 18, 1894) was an American explorer, engineer and U.S. army officer who served in the Mexican–American War and American Civil War. He is best known for leading the 1859–60 Raynolds Expedition while serving as a member of the U.S. Army Corps of Topographical Engineers. During the 1850s and again after his participation in the Civil War, Raynolds was the head engineer on numerous lighthouse construction projects. He oversaw riverway and harbor d...

This all happened in the aftermath of the American occupation of Mexico after the Mexican-American War, and summiting a mountain of the country you waged war against seems rather symbolic in many ways. But still a feat.

Find your knowledge gift from Wikipedia and share what you discover via https://en.wikipedia.org/wiki/Special:Random 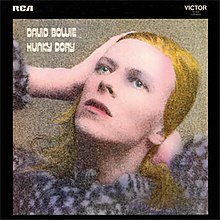 Hunky Dory is the fourth studio album by English musician David Bowie, released on 17 December 1971 by RCA Records. Following the release of his 1970 album, The Man Who Sold the World, Bowie took time off from recording and touring. He settled down to write new songs, composing on piano rather than guitar as on earlier tracks. Following a tour of the United States, Bowie assembled a new backing band consisting of guitarist Mick Ronson, bassist Trevor Bolder and drummer Mick Woodmansey, and beg...

The whole Hunky Dory album reflected my newfound enthusiasm for this new continent that had been opened up to me. That was the first time a real outside situation affected me so 100 percent that it changed my way of writing and the way I look at things.[7]

I think we’ve all had experiences that opened us up and made the way we look at things different. Open education is one of those things for me.

Another thing I’ve been exploring a lot is Canada’s indigenous peoples and colonialism. Over Christmas I read Jesse Wente’s book Unreconciled - Family, Truth, and Indigenous Resistance. This is a powerful book and has changed the way I see things. In a section of that book related to education he says: “University, a deeply colonial idea and institution, is simply not the idea path for many Indigenous people. … University is simply one path among many for life - and career building.” I’d never really thought about a university as being a form of colonialism but now I do.

Here’s to knowledge gifts and the how they change the way we see the world.

I got this one: Magnetopause: “The magnetopause is the abrupt boundary between a magnetosphere and the surrounding plasma.” I don’t have a clue what that is!

Thanks for playing, Ilene, that’s as random as random gets, like out of this world. Hopefully the article explains it (it reads a bit densely to me).

Unreconciled was my Christmas reading as well. I’ve been a fan of Wente’s since his early CBC days. Something I learned was how much he struggled with his own Indigeneity, and how those conflicted feelings connected back to growing up off his traditional territory and being immersed in colonial structures like the education system(s) and traditional media. It was a good read.

My random was for George Rennie, a Canadian Conservative MP from 1926-1930 and the chief coroner for the city of Hamilton.