This makes for some dark reading… 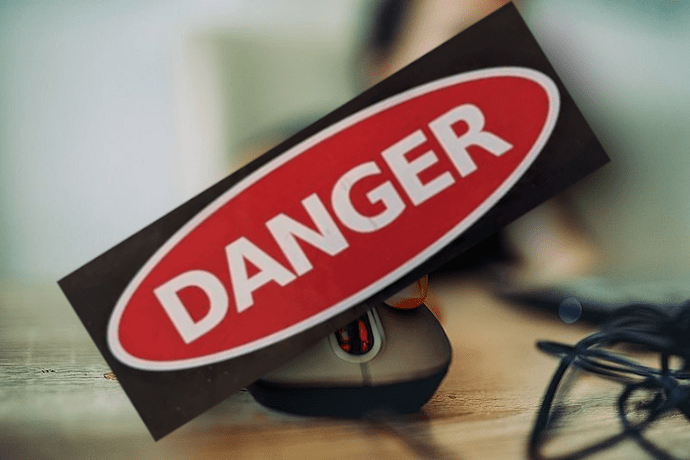 A Bug in Early Creative Commons Licenses Has Enabled a New Breed of...

It seems that for using Creative Commons 2.0 licenses the hole these trolls crawl through is that any non compliance of the terms of the license (meaning not attributing as specified) negates the license. Am I is reading this?

Here’s a supreme irony: the Creative Commons licenses were invented to enable a culture of legally safe sharing, spurred by the legal terror campaign waged by the entertainment industry, led by a literal criminal predator who is now in prison for sex crimes.

But because of a small oversight in old versions of the licenses created 12 years ago, a new generation of legal predator has emerged to wage a new campaign of legal terror.

To make matters worse, this new kind of predator specifically targets people who operate in good faith, only using materials that they explicitly have been given permission to use.

Please read and weigh in. Does this put an emphasis on the importance of attribution? Has anyone dealt with such trolls?

If you send threats instead of requests for correction, you are terrible person and you should feel really bad about yourself.

If you are not familiar with pixsy at first look it seems to be a tool for “going after” misuse of licensed content. I use it in conjunction with my Flickr Pro account and it does a spectacular job of reverse image searching for your own images.

This article is rather chilling…

Add a hat tip to @clintlalonde who shared this link with me.

4 Likes
Single Digits Mislabeled as Copyright in Google Drive
Just Because It Has a License
cogdog January 28, 2022, 9:20pm #2

Paul Pival aka “Distant Librarian” caught this story too and blogged about it:

Why you should pay attention to your Creative Commons licenses

I have never given a second thought to ensuring I've chosen the correct/most recent version of a creative commons license. That's changed, because I just finished reading Cory Doctorow's post, A Bug in Early Creative Commons Licenses Has Enabled a...

He asks if it’s just version 2.0 of Creative Commons licenses provide the loophole exploited by “copyleft trolls” or if he has to worry about other versions (I can’t really answer myself).

Paul also asks for ways to search his own content to find reuse cases that would fall under the license problem.

Does anyone know of a tool that allows me to search a specific site for content that has any creative commons license? So I’m looking for something like https://wordpress.org/openverse/ that includes something like Google’s “site:” option. Bonus points if it could allow a search to be limited to content that applies a specific CC license!

I have heard from colleagues at another institution whose Pressbooks content were hit with the same threat Cory Doctorow described in the original article. They did some Google searches with constraints on the photographer’s name who was trolling and a limit on their domain, something like:

Finding the possible reuse that would include a problematic license will hinge on the means by which you embedded and attributed the media. I’m consistent (not perfect) on my own blog, and tried a search on results within my domain that linked to the CC-BY 2.0 license (searches would be then needed for other licenses)

which mostly works. If it were me, I would try searches first within the software or content that runs my site (e.g. a search of posts within WordPress or a multi-file text search across the source of a static HTML site).

I would think someone else has more or better ideas. But what a mess this makes,

Yes, but does it say much? “This is bad!” Much of this seems on flickr to take some action. I will go off to their forums and ask again.

Yes, there isn’t much about the specific troll in question. But there is more general information about the steps that CC and the wider community have taken to clarify that unintentional misuse of CC materials (like not attributing correctly) should not be the grounds for legal action Statement of Enforcement Principles - Creative Commons