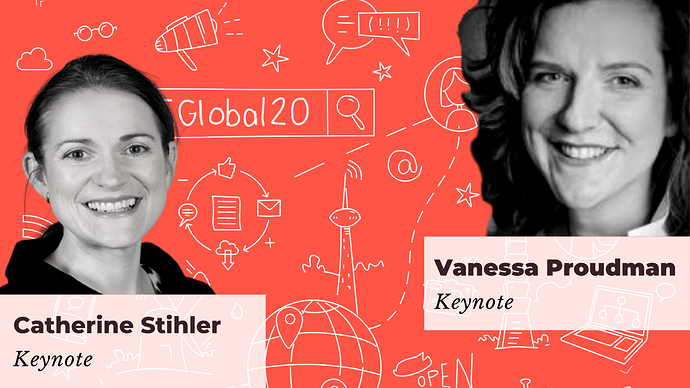 Catherine and Vanessa will start discussing what connects Creative Commons and SPARC Europe and what will be important for the years ahead. They will then go into how Covid-19 has been supported by Open Education and Open Science. The two Open leaders will then go on to discuss with the audience how they might create an open diverse and sustainable ecosystem for the Opens.

Catherine Stihler OBE is the CEO of Creative Commons. She has been an international champion for openness as a legislator and practitioner for over 20 years. Born in Scotland in 1973, Catherine was educated at the world-renowned St Andrews University, where she was awarded a Master of Arts (MA) with Honours in Geography and International Relations, and later a Master of Letters (MLitt) in International Security Studies. She also has a Master of Business Administration degree from the Open University. After graduating she worked in the British House of Commons as a researcher before successfully standing for election as a Member of the European Parliament (MEP) for Scotland in 1999, representing the UK Labour Party. At the European Parliament in Brussels she became one of Scotland’s longest-serving and most respected legislators. She was elected Vice-Chair of the European Parliament’s Internal Market and Consumer Protection Committee, working on digital policy where she prioritised the Digital Single Market, digital skills, better accessibility of digital products for the disabled, and citizen online data protection and privacy. She founded both the Campaign for Parliamentary Reform and the parliament’s All-Party Library Group, promoting and advocating for the importance of libraries in the new digital age. Catherine took on a lead role in the debate on copyright in the European Union’s (EU) Digital Single Market, serving as Rapporteur for the Internal Market Committee and standing up for over 500million European citizens. Catherine was instrumental in securing graphic health warnings on cigarette packets in 28 countries and delivered braille on pharmaceutical packaging across the EU. She played a pivotal role in ensuring the World Health Organization (WHO) recognised sudden infant death syndrome and led the first campaign in the European institutions on Chronic Obstructive Pulmonary Disease (COPD) - one of the world’s biggest killers. A passionate European, she was one of the six politicians whose court case to revoke Article 50 on the UK’s departure from the European Union resulted in a ground-breaking judgement by the European Court of Justice. While serving as an MEP, Catherine was also elected to serve as the 52nd Rector of the University of St Andrews between 2014 and 2017, and will serve as Senior Lay member on the university court from August 2020. In 2018 she was awarded an honorary doctorate from the University of St Andrews. In 2019, Catherine was awarded the title of Officer of the Order of the British Empire (OBE) by Her Majesty the Queen in recognition of her services to politics. In 2019, she stood down from the European Parliament to become Chief Executive Officer of the Open Knowledge Foundation. Catherine transformed the Open Knowledge Foundation in just 18 months, redefining its vision and mission to produce a new strategic direction, reengaging its global chapters and increasing the worldwide profile of the organisation. Catherine joined Creative Commons as its CEO in 2020.

Vanessa Proudman is Director of SPARC Europe where she is working to make Open the default in Europe. Vanessa has 20 years’ international experience working with many leading university libraries worldwide as well as research institutions, foundations, international policy makers, information- communication- and IT professionals and designers from over 20 countries. She has focused on supporting research, on open access, open science, open culture and open education and above all on facilitating improved access to Europe’s decentralised research results. She has done this through international and national policy-making, advocacy and knowledge exchange. At present, she is intent on exploring how to create – and above all sustain – an open science ecosystem. At the beginning of her career, she spent a decade heading information and IT at a UN-affiliated international research institution in Vienna. Vanessa is driven by change; she is a keen connector and collaborator, and strongly believes in contributing to the public good through her work. 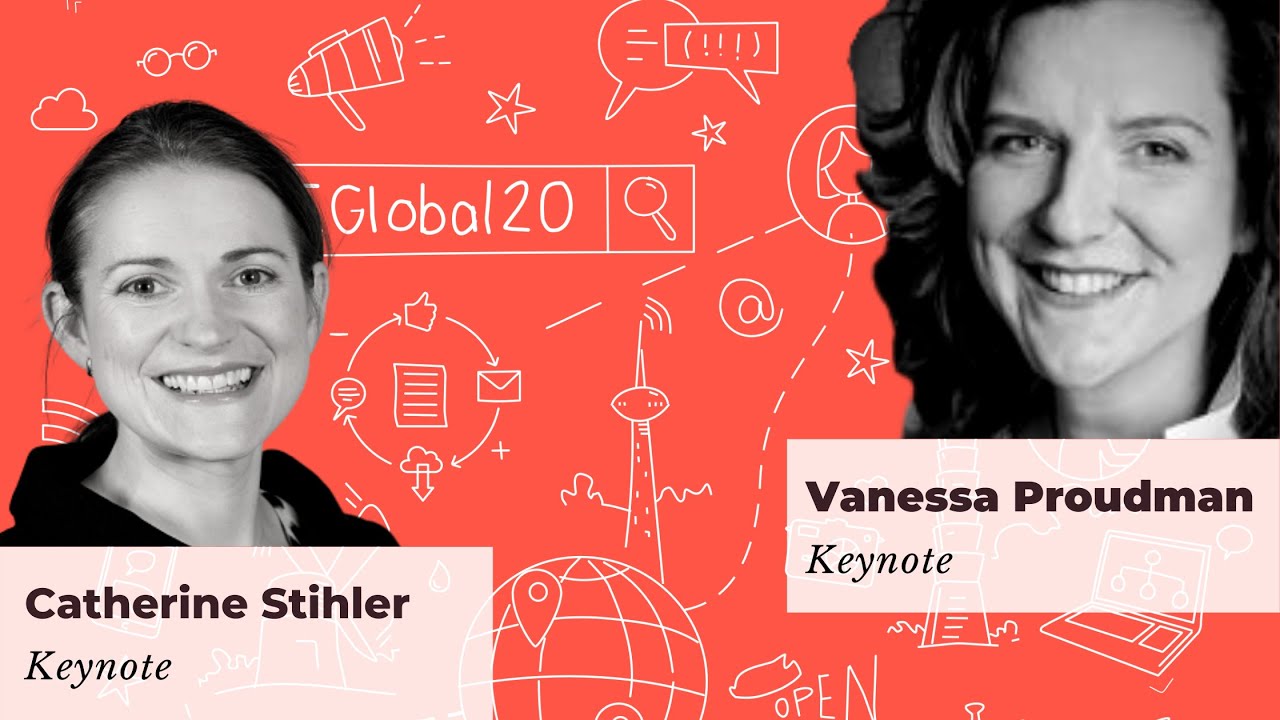