An interesting exchange from the CCCOER Community list came from @hofera is request for a simple graphic illustrate the rising cost of textbooks versus consumer price index over time, using as reference: 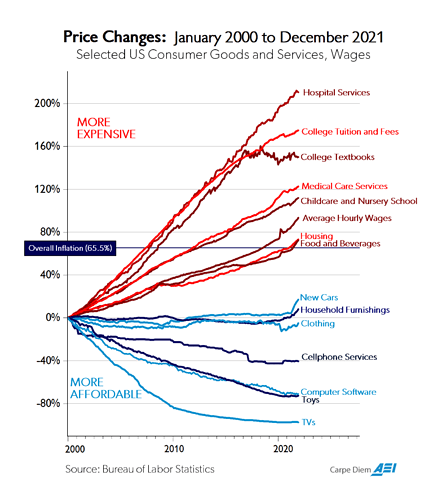 Chart of the Day…. or Century?

As I wrote in the summer of 2018 on CD, I’ve probably created and posted more than 3,000 graphics on CD, Twitter, and Facebook including charts, graphs, tables, figures, maps, and Venn diagrams over the last 16 years. Of all of those graphics, I... 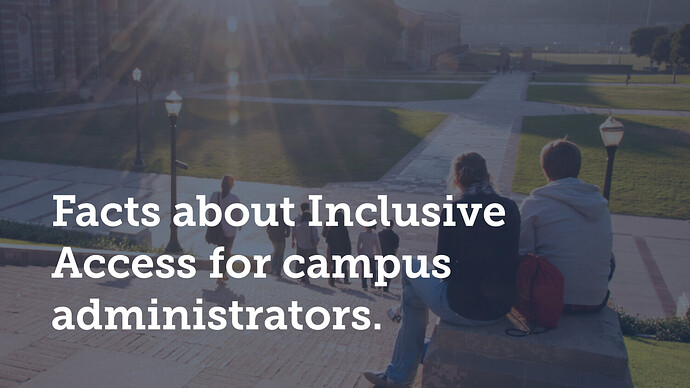 Inclusive Access is a sales model for digital textbooks. While there are some advantages, there are many disadvantages. Learn more at InclusiveAccess.org.

@phb256 found a simpler one, and even tried to updated it with the data it is based on 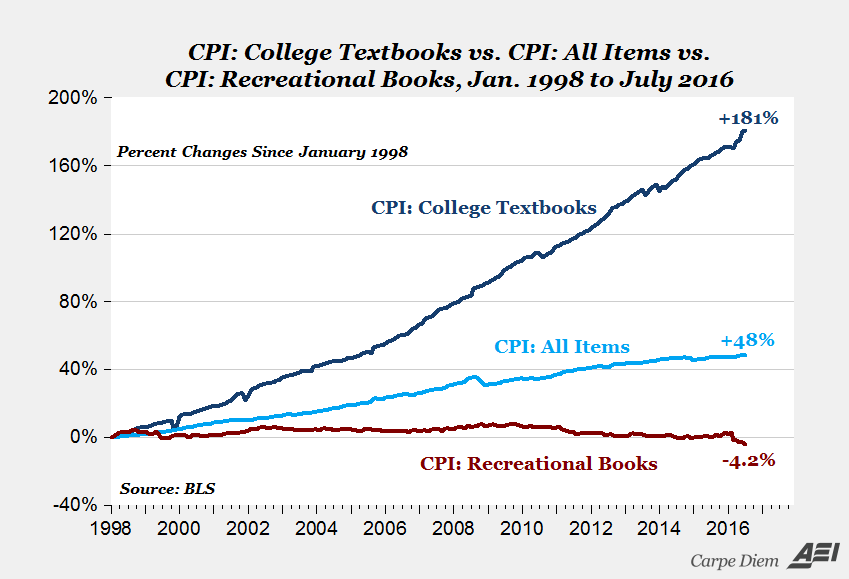 Chart of the Day: The Astronomical Rise in College Textbook Prices Vs....

And Amy returned to share now what is utterly fascinating when answered by a mathematician, @poritzj in full detail on hys blog post, surfacing that the answer, and maybe the question deserves a different perspective – see Inflation-adjusted Textbook Pain Multiplier for Decision-Makers or [for OER experts] One of the Famous Graphs in the OER World is Backwards

Jonathan makes a case that this well known graph can be misleading, ot not insightful enough “But I actually think this graph is basically backwards [and upside-down, inside-out, and otherwise non-optimal].” – that it is more than the sticker price of textbooks compared to average consumer prices, but that our intuitions need an inflation adjustment, deriving a curve he describes as the “textbook pain multiplier”.

I’ve been re-reading and I keep feeling like I am scraping closer, but not quite getting there. This is a great point to have a conversation here-- is the textbook price versus CPI sufficient?

[And now you can no longer say that you “never used basic algebra after high school,” since that last bit was solving a simple algebraic equation, as one learns in high school algebra!]"

From just asking for an image you never know what tunnels you will wander down.