The winners of the 2022 Open Education Awards for Excellence have been announced!

Here, we ask the open education community to congratulate and connect with the resources and projects recognized in the Open Assets Awards category. 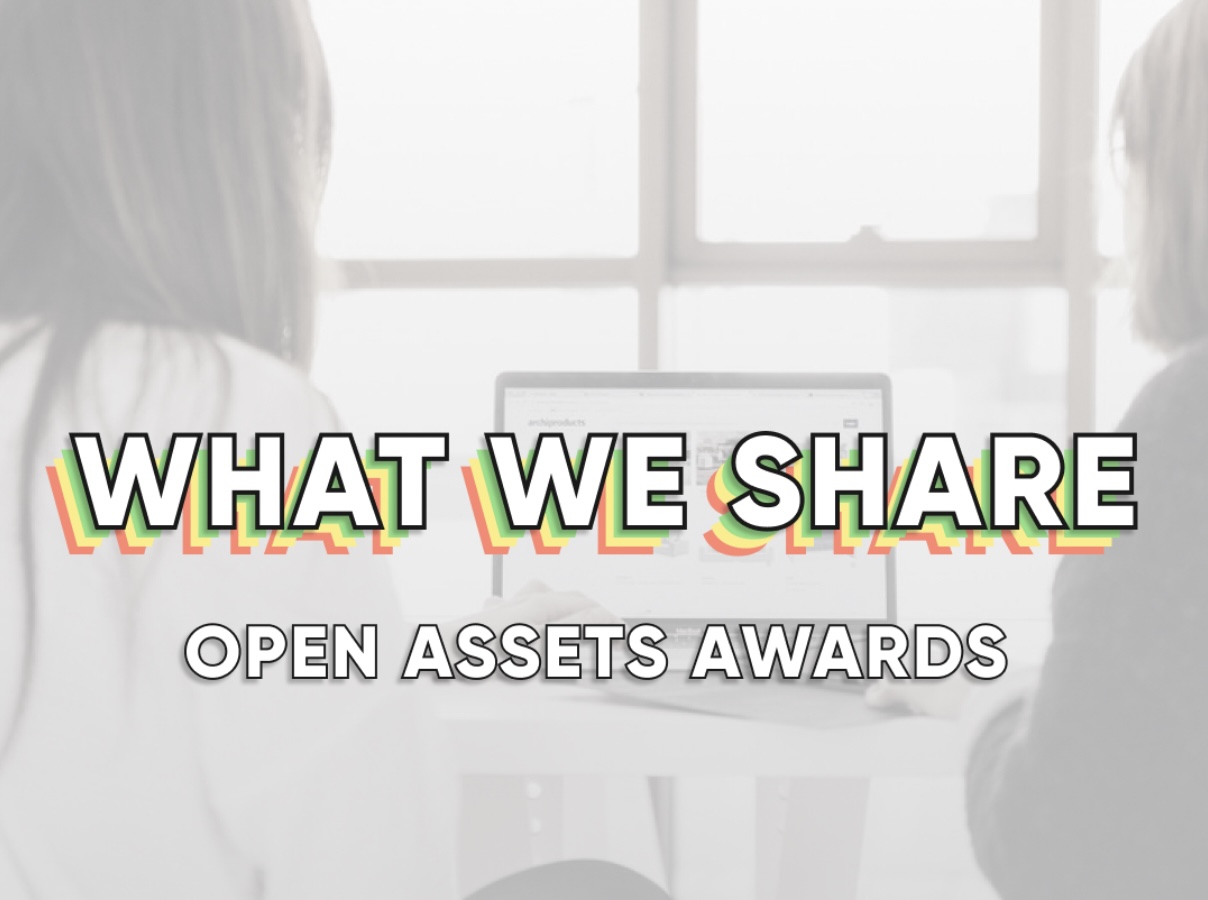 Open assets are what open education initiatives produce and use, tangible goods (usually digital) with educational purpose and value. Open assets are produced, curated, and distributed in ways that make them freely accessible, usable, and improvable by others.

Reply with your congratulations to the winners and also share how these open assets impact your own work.

Turn up the volume past 11 on those Liberated Learners Chill Beats, @greeneterry !!! Perhaps the Euphoria track

We were lucky to have a podcast conversation with Terry in August, where he talked about the project, but had no idea he had won this award.

As part of our putting the podcast on the road series we recorded this episode at the podcast studio of Terry Greene, Senior E-Learning Designer at Trent University Online in Peterborough, Ontario. Terry is host of Gettin' Air "The Open Pedagogy...

I am listening now! It’s such an honour to be a part of such a big collaboration. My favorite part was telling all the students involved that they are now part of an OE Global Award winning project!

Liberated Learners is such a fresh and innovative approach.

Now with the project out in the wild bit, what have you heard back? How is it being put to use? And if you were to do a followup album, what would you add to it?

Good question! There has been lots of great feedback from educators etc but I honestly don’t think it has gotten out in front of too many students themselves just yet. I hope this award will give us the chance to say hey we should run an open facilitated offering of it maybe next spring or summer. I think that should happen before a follow up album! Although, the music program which created the beats may be crafting some more to add to the playlist!

Love these study beats from Nick Grier. @greeneterry - what are the student contributors up to now? Might be worth a conference proposal for everyone to take part at OEGlobal in Edmonton!

It would be interesting to hear about your plans…

Where do you see @LibreTexts in 3-5 years? What are a couple of specific ways how the OEGlobal community can help you get there?

We have several principal thrusts to our efforts that I can touch upon. The first is technology development and the second is its global implementation.

As is clear to faculty (and most of the LibreTexts team are in academia), publishing a text is just part of the “open needs” for academia. While a comprehensive list is beyond this comment, I can touch upon two key aspects are (1) enabling effective curation of content including facilitating and implementing community review, individualized localization, and updating for modern sensibilities (e.g., DEI) and (2) building of ancillary features (beyond the text) like homework, engaged simulations/visualizations, and facilitated open pedagogy (i.e., making it easier to implement in the classroom at scale) among other things. To address this, several years ago we expanded our scope from just publishing books to building the LibreVerse - an ecosystem of interconnected technologies each focusing on a specific task. We still have a bit more to develop in the LibreVerse, but I really like where we are going.

Our other primary thrust involves expanding the impact of LibreVerse globally. We built the LibreVerse to have an impact on disadvantaged populations. Our primary scope to date has been on post-secondary education, but we want to expand our scope globally to have maximal impact. We intend to use the LibreVerse to scale to k-12 students and students with English not their primary language.

To approach this, we have a k12 library and a Spanish-language and an Ukrainian-language libraries. The latter are being populated with machine translated copies of the English OER in our other libraries. While not perfectly translated, having 250,000 of 90% perfect OER is much better than 100s of 100% perfect from human translations. The core Wiki technology underlying the LibreTexts libraries is ideal for an expanded collaborative construction platform to reach populations. We can then use the properties of the Wiki to enable people with subject matter expertise (e.g., instructors) at countries to help move the needle from 90% to 100% while customizing the text for their use.

In short, we want to give the “sharing is caring” model anabolic steroids.

@DelmarLarsen Wow, those are seriously ambitious plans, both in terms of “depth” of the service as well as its international expansion!

How can the open education community participate in the “sharing is caring” model? For those who would like to be there with you on your journey (whether it’s help with cleaning up the translations or anything else you may need), are there specific calls to action you’d like to share?

@DelmarLarsen I agree with @jan these are serious plans! I am excited for the future of sharing and caring model. The plan to open up the learning and teaching sectors from all corners of the world is what is needed! I’m in for this!

As both @jan and @CGERMANO have said, you’re laying out some clear ambitions. And they’re likely aligned with a number of core values among members of the OE movement.
Honest question: how ok would you be with a “challenge function”?

Some questions asked in Nantes might be relevant, here.

Delmar, that’s a terrific model for achieving an expansive vision. Have you considered translating into French and Swahili in order to reach non-English-speaking learners in Africa?

We are hoping to get more beats to add to the playlist this fall from the same program at Seneca! I also am hoping to get one of the artists to Trent this February to DJ the lunch at a little teaching and tech day we are hosting. I dig your proposal idea!

Answers to that question might be relevant @PerrineCoet & @Anthere (not to mention many other people who are connected to these connectors).

@DelmarLarsen Admirably ambitious and extremely heartening to read! Reminds me a little of what the initial ambition was for OpenLearn Create with regard to copying and remixing OER concept (still going strong). For translation, the wiki approach you describe is brilliant. We (OpenLearn) have desires to translate into French and Arabic and have already started on Ukrainian – would be more than happy to share outputs – please just take what you need from us!

We’ve historically stuck with Moodle as we’re married to all things open source, but have developed systems to output multiple formats to engender sharing and reuse. Again, would be very happy to help and share in support of your project.

Congrats on the two award sweep! I respect so much your global reach @DelmarLarsen but also that you have done so much already. We (speaking for OEGlobal) want to facilitate any way we can.

I look forward to expanding this conversation here and soon when we can set up a conversation for an OEG Voices podcast.

And curious to know more about the wiki foundation:

The core Wiki technology underlying the LibreTexts libraries is ideal for an expanded collaborative construction platform to reach populations.

… usually a technology thought of as old, but also thinking of what @Mackiwg and colleagues at OERu have accomplished atop a MediaWiki source says much about what it offers.

@jan That is a good question. We are starting a pilot with several faculty in Columbia to pursue the global wiki construction effort, but it is only a little bit of funds (all our support has been from federal or state agencies focusing on intra-USA efforts). I am hoping what we plan to do will “have legs” and we can scale up to support from a philanthropic foundation. So any help in recruiting or marketing to recruit local subject matter expertise with native non-English languages would be ideal.

So far, we coupled with Amazon and Nice CXOne for the Ukrainian and Spanish language libraries:

The Ukrainian library is rapidly being expanded as I write via AWS machine translation and we will have extra funds to expand the Spanish library and perhaps build a general Global library for other languages that we don’t have dedicate libraries for (e.g., French, Swahili, Hindi, Mandarin and Arabic) as a more general seed of the approach (~10-20 books).

“Challang Function”? I think so depending on what it is.

Yes, we will start with a more tightly focused translation effort and want to expand outside of Colonel languages. The AWS has 75 languages (most pretty decent) for machine translation. These can also be augmented with standard harvesting (our term for importing and editing) effort in other languages.