It is a signficant year for Creative Commons as it marks their 20th one of enabling and catalyzing openness.

At the end of a long series of events, join them in November either in-person iSan Francisco) or online for CCelebrations. 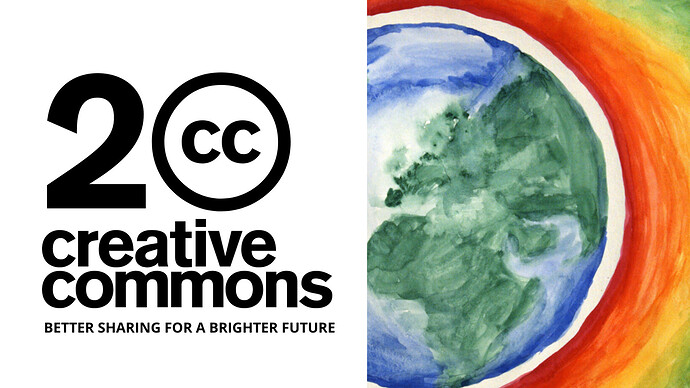 During 2021–2022, CC has been celebrating the 20th anniversary of our founding in 2001 and the first release of the CC licenses in 2002, successfully concluding an ambitious fundraising campaign to support programs like Open Culture, Open Climate,...

Since many of us cannot be in San Francisco, Creative Commons is offering two options for online celebrations displayed here in your local time:

As many of you will know I worked at Creative Commons for 5 years from 2012 to 2017. Given my strong affiliation with CC I received a special invitation to attend the 20th anniversary in-person event in San Francisco and have decided to attend. I look forward to seeing colleagues I worked directly with during that time, getting to know CC’s current staff and work, and hopefully having the opportunity to provide some input into its future.
If anyone else is attending in person let me know. Welcome connecting.
Should be fun!

That’s very exciting you get to attend in person, Paul! It would be wonderful to get some updates from the event, photos, posts, whatever works. Maybe we could try one of those Twitter Spaces things.

Thanks Alan, and maybe just to be clear it’s not like I’m being funded or anything. I have to pay my own way including a ticket to attend, but still happy to be going.

I’m in discussions with several people about the format for the CC anniversary event which appears to be mostly around being a means to do fundraising. Hoping to see some side events emerge that tap into the collective historical CC brain trust for ideas on the future.

Happy to consider report outs about the event but not sure about a Twitter Space but let me respond more completely once I have a better sense of what the event entails.

Hey! The online celebrations were rescheduled and I’m going to one tomorrow (not at a computer now where I can fix the date/time)- who’s going to be there?

Another way to participate- there was a ds106 daily create for #20cc the date of the live event. This can always be done later, but enjoy the creations 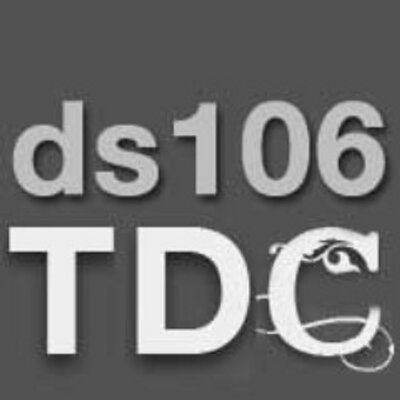 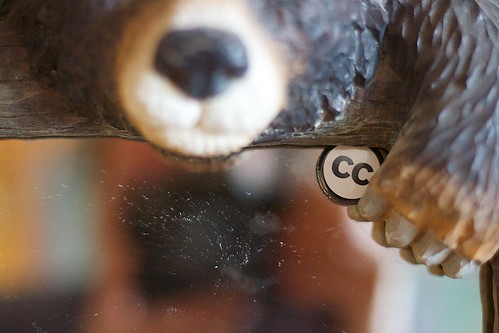 Thanks @NateAngell for offering this participation opportunity for those of us unable to be in San Francisco for the Creative Commons 20th Celebration. It was great to see in the roomn @jsebesta1 @Enkerli @cjnewton @Weblearning and more from around the world.

We heard samples from the Free Music Archive playlist of open music, curated by Marko Roca, Head of Music at the FMA.

If you are looking for beautiful open licensed art for your open education projects and events, take a look at the Better Sharing collection, commissioned by Creative Commons for their 20th anniversary You can find the full collection from TheGreats.co “to be enjoyed, used and adapted, and then shared again, by anyone, forever.” Creative Commons asked the question What does better sharing for a brighter future look like to you? to 12 prominent global open advocates and then commissioned 12 a…

We got to see a preview as well of the one minute high energy celebration video that will be shared (hopefully Nate sends it here) once they sort out what might be 10 minutes of attributions!

It was also neat to see the Bookdash project shared by one of the participants. And @Weblearning demonstrated his deftness at using his analog archives by pulling out a copy of an old Wired Magazine article Nate referred to.

These are just some scattered things I remember, for others that were there (or still are), please add any other notes of interest.

It was so great seeing everyone! I echo @cogdog’s appreciation, @NateAngell. So many wonderful resources shared, and I loved the spirit of comaraderie. Onward to Open as default! (And I am now inspired to revisit my Luscious Jackson collection. Luscious Jackson - Naked Eye - YouTube)

You never fail to amaze me with the depth and range of your interests, Judith! I fully anticipate seeing how you learn to become a drummer

See all of the fantastic media outputs from 20CC including the Twenty Years of Creative Commons (in Sixty Seconds) video by the artist who crafted the original CC logo., Ouida’s 3 song jazz set-- “Ain’t Nobody’s Business” , the history of CC as an interactive timeline, the Better Sharing poster set, and a curated list of open music from the Free Music Archive.

Oops, I just provided all the great links from the post! 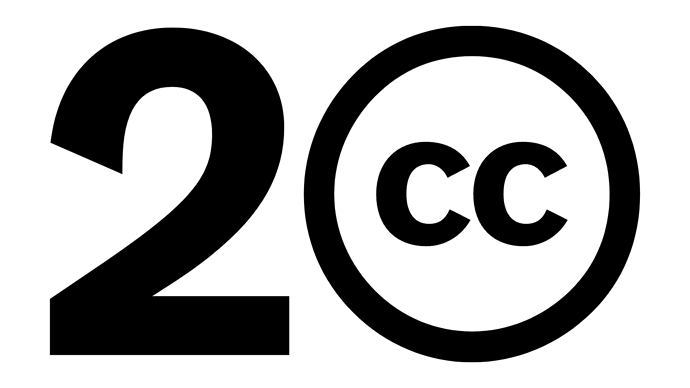 During 2021–2022, CC has been celebrating the 20th anniversary of our founding in 2001 and the first release of the CC licenses in 2002, successfully concluding an ambitious fundraising campaign to support programs like Open...