I am the Wikipedian - do you want to know how to deal with such hobby?

Ask me about Wikipedia - (and especially Wikipedia in education) and I will try to answer! 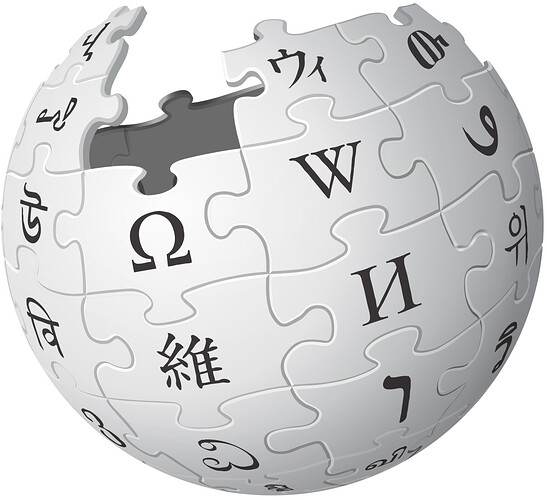 Thanks for starting an AMA. So what does a typical day look like for a Wikipedian?

Hi there!
I’m a student and I plan to contribute to Wikipedia eventually since it’s one of the best resources ever!
I was wondering how much time do you spend on average on a piece/page and at what point do you do like “I’ve done enough work and research, time to write the page and move on, and leave the rest to others”, like each topic is so vast in it’s own right and there is so much to be done.
Also how much time do you spend in a week on these, as it’s a hobby.

Hi
how to prepare Wikipedia pages in vernacular language? What are do’s and do’nt?
Thank you

So imagine this: The evening before you watch a series on Netflix, you look at Wikipedia and you are flooded with surprise, because there is no article on Wikipedia about this series / actor / director. You think - cool, someone will write about it soon. Two days later, there’s still nothing. The weekend is coming. You sit down and write. It was supposed to be an hour, but suddenly you realize that it’s already 3 hours behind you, because you were looking for good sources, you checked information in the 4 language versions of Wikipedia, you were struggling with technicalities (tables, infoboxes). You finally click Publish and you are so very, very pleased! the next day you wake up with the thought: oh no, I did not add about it and about that, so in your free time you complete this article;) Even greater sense of mission when it comes to a famous person / important event etc.

But I miss also live edit-a-thons! It`s not so regular type of Wikipedian day, but it was so nice to meet with the other in the library/cafe/museum to write about certain topic together…

hey it’s great that you want to be a Wikipedian! There is a lot of instructional material, training (now often online) on how to edit Wikipedia. I don’t know which language version you plan to edit, but from September 2020, some versions have special extensions running for new users. After creating an account / logging in, you see clear instructions, you have an exercise task, you even have a personal (human!) Guide assigned to you to turn to with any problems. If you say which Wikipedia you want to develop, I will try to give you links to help materials.
About the time and mode of work I wrote a little higher in response to cogdog

Some articles are written out of the need of the heart / moment, others out of a sense of mission (it is particularly important, for example, to complete women’s biographies, which are tragically few in all Wikipedia), some due to various contests or actions (eg CEE Spring, where Wikipediaists from different countries write each other’s topics in their Wikipedia). If you are taking on a large, cross-sectional topic or just starting out, I recommend that you first write in the Draft section (Sandbox in English Wikipedia I think- after logging in you can see such a link at the top). You can write there for up to several weeks and only when you decide that the password is complete, you move it (or the editor - depends on Wikipedia) to the main space. You can also translate from another language version (then it is marked with a special template in the Project’s Discussion tab) - it’s a bit faster work than creating something from scratch. And here, for example, I sometimes partially translate (not all sections), because … I simply don’t have the strength anymore, I don’t feel like it. And then I hope that someone will add the rest later, or that I will come back in some time and complete it (which often happens).

Please brief me about Wikipedian hobby.
Thanking you