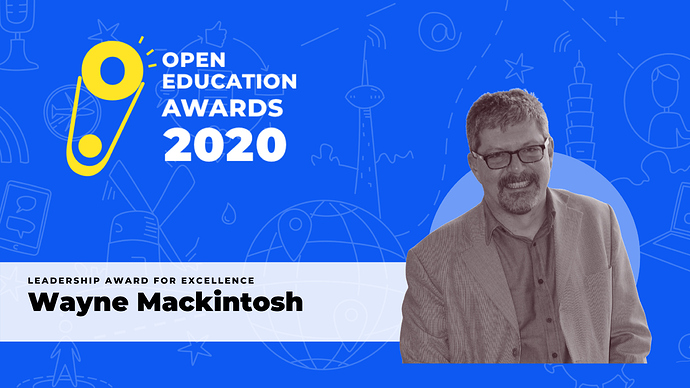 Wayne Mackintosh is the founding director of the OER Foundation established in 2009 and headquartered at Otago Polytechnic, New Zealand. He is coordinating the establishment of the OER universitas (OERu), an international innovation partnership which aims to widen access to more affordable education for all. Wayne holds New Zealand’s UNESCO / ICDE Chair in OER at the Foundation and Otago Polytechnic, and serves as a member of the Board of Directors of the OER Foundation. He is a strategy innovator with a passion for open sourcing education.

Wayne is a committed advocate and user of free software for education. He was the founding project leader of eLearning XHTML editor (eXe) project (www.exelearning.net) and founder of WikiEducator (www.WikiEducator.org) - an international community of educators collaborating on the development of free/libre teaching materials in support of all national curricula.

Wayne has extensive international experience in educational technology, learning design and the theory and practice of open and distance learning (ODL). Previously, he was Education Specialist, eLearning and ICT policy at the Commonwealth of Learning (COL), an intergovernmental organization based in Vancouver, Canada. Before joining COL he was Associate Professor and founding director of the Centre for Flexible and Distance Learning (CFDL) at the University of Auckland, New Zealand. At the University of Auckland, he was tasked with eLearning strategy and leading CFDL’s professional staff team. Prior to moving to New Zealand, he spent eleven years working at the University of South Africa (UNISA), an open distance learning institution and one of the world’s mega-universities. Wayne has participated in a range of international consultancies and projects including work for COL, the International Monetary Fund, UNESCO and the World Bank. Previously, Wayne served on the Editorial Board of Open Learning for more than a decade, but now focuses on open access and open education research efforts.

Congrats on the Leadership award!! It would be great to connect during the conference if you have a few minutes to spare!!

I’m working on an open source platform for managing the exchange of OER content that retains the provenance of all data. I’ve posted some basic info on the Collab and Convo space titled “OpenSail Education”.

Let me know if this sounds interesting.
Cheers,
Shawn

I’m proud to have known Wayne a long time, and can assert how much he deserves this recognition for his tireless devotion to open education. And also how generous he is with his ideas.

This photo was from a summit in Wellington in 2010. He’s one of those colleagues that the memory of first connecting with him fades into the horizon.

Kia ora @cogdog and thanks for your kind words

Thanks @Shawn and pleased to meet you here at the OER global conference.

Keen to take a look at your platform - we a great fans of FOSS here at the OER Foundation.