Via Flickr An Effort to Identify Japanese Americans Incarcerated During WWII

Here is a valuable use of public domain photos shared in the Flickr Commons to bring light to the stories of Japanese Americans who were held in concentration camps right in the USA.

As reported in PetaPixel, staff from the Library of Congress were able to get in touch with the descendents of an unidentified woman in a photo who was waiting to be “assigned” to a camp. 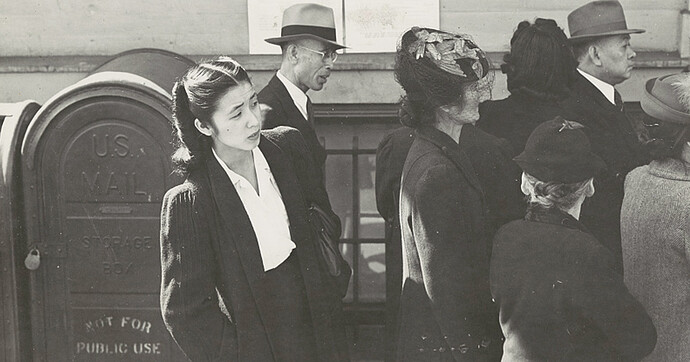 "Her name was Shizuko Ina."

Now the archives are updated to reflect the the details of the story of Shizuko Ina.

And the Library of Congress is now seeking to crowd source more identification by publishing an album of similar photos in the Flickr Commons.

For example, see this photo of a family just off the train in Lone Pine, California before being taken to Manzanar (we have talked of this place, @cynthia) 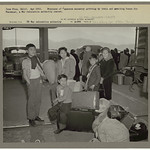 This is rather striking use of openness, maybe it could make for some courses research assignment to attempt to help with this effort.

Regardless, the photos themselve are a striking reminder of this part of history that might seem forgotten.