Hello and welcome to the EDI Community of Practice. 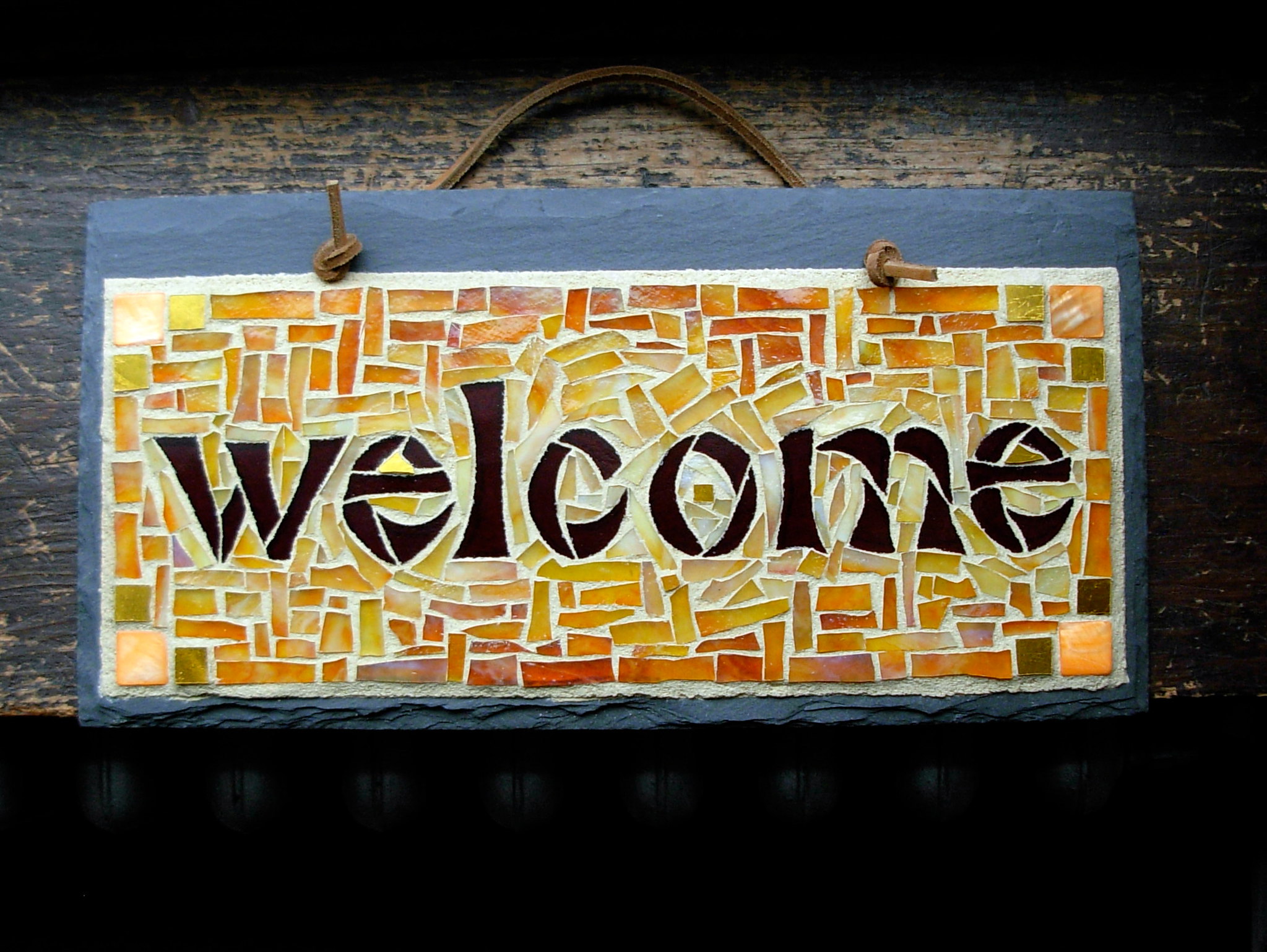 Please reply with a message, let others here know where you are located what you do, and what your experience is with EDI. What do you want to know more about?

Rodney Powell from Central Carolina Community College in Sanford, NC. I am the Executive Director of a center for teaching learning (we call it the Center for Academic Excellence). I also teach chemistry and I am our Phi Theta Kappa advisor. I am concerned about equity in my own courses as well as helping faculty address equity gaps in all courses.

Hi Everyone! My name is Lisa Young and I am in Arizona and I serve as the Director of the Center for Teaching and Learning at Scottsdale Community College. I also teach sustainability. I am especially interested in instructional design for equity.

Hi all. My name is Todd Ellis and I am the Director of Teaching and Learning at Grayson College in Sherman, Tx. I have recently been reading “The Origins of Totalitarianism” by Hannah Arendt. It is a terrifying thing to read given the current political climate! So, I am looking for hope with which to replace the terror. I think playing some small role in growing equity and diversity will help myself and my community.

I am Alan Levine from OEGlobal, here to help you navigate if needed. I have my own history of 14 years at the Maricopa Community Colleges where I got to work with and know @lcbyoung (Hi Lisa).

Message me any time if I can help (if you click any user’s icon, you can see their profile and send a private message).

We are glad to see the launch of the virtual EDI Book Club, see the welcome message and more information from @Quill

To further the understanding and practice of EDI we are organizing a virtual book club here in OEG Connect. Read more for our welcome and to learn how this will work. To participate, you will need to login with or create an account on OEG Connect. Then, join the EDI Community of Practice to be part of the discussions and to get updates of current activities. Invitation to Our Book Club Current Book [equity-talk] For the summer of 2021, we are reading and discussing together, From Equity Ta…

Welcome, Rodney! It’s great to have you join us. I’m looking forward to connecting with you.

Hello and welcome to everyone,
I’m Quill West from Pierce College in the Puget Sound region of Washington state. I’m an open educator, one-upon-a-time librarian, and instructional designer (although I prefer to think of my work as being an advocate for students in the course design process). I’m really humbled by the wonderful discussions that the EDI Community of Practice at CCCOER has been having, and I’m glad that we are extending the discussion through the use of OEG Connect. I’m hopeful that we can work together to make change in our institutions and profession.

Hello @ellisto . I haven’t read Hannah Arendt, but I wonder if there might be some benefit to sharing your impressions -when you finish reading- in our “Ask and Offer Resources” discussion. Your post prompted me to find The Hannah Arendt Papers at the Library of Congress. Maybe some of your impressions from your reading might help us consider another dimension of EDI work.

Hello! My name is Heather Blicher, Coordinator of Library Services for Reynolds Community College in Richmond, VA. My specialties are in online learning and open educational resources. In the past couple of years, I started focusing on the intersections of OER and EDI and have worked to promote this in course design. Looking forward to some great discussion!

Oh, Thank you! I love that Library of Congress page. Where my interest lies is primarily here for now - “totalitarianism’s “explosion” of our traditional "categories of thought and standards of judgment.” -from that LoC page.

I would love to share my impressions as well as asking others if they see any relevance for today. (I think they will).

Hello, everyone. My name is Ursula Pike and I am the Associate Director of the Digital Higher Education Consortium of Texas. I am also a member of the CCCOER Equity, Diversity, and Inclusion committee. I am looking forward to the book club for “From Equity Talk to Equity Walk” and hope I can get some ideas for helping community colleges use OER to support their equity, diversity, and inclusion efforts.

Howdy! I am Judith Sebesta and I serve as Executive Director of the Digital Higher Education Consortium of Texas (DigiTex). Equity infuses all of the work in which my organization engages (our “tagline” is “ensuring equity through collaboration”), so supporting EDI (and learning how better to do so) is crucial for me. I also will be serving as the new President of the CCCOER Executive Council, and I am very excited and honored to do so! Like Ursula, I am eagerly anticipating the book club – just purchased my copy of From Equity Talk to Equity Walk! I am looking forward to participating in this community of practice.

Also, my avatar/virtual me looks a LOT younger than the actual me.

Hi, all! I’m Cynthia Orozco, librarian at East Los Angeles College. I have kind of been the de facto OER librarian for the last several years (but it’s complicated) and I also do library instruction, reference, and outreach. I have done a lot of EDI work in libraries. In 2013-2016, I ran a tumblr called LIS Microaggressions in which library workers could anonymously submit their microaggressions in the profession, plus accompanying zine publication. I think it started a lot of good conversations around microaggressions in a time when this concept was still relatively unknown. I also have a lot of thoughts about EDI and open, and while I’m a huge open advocate, I feel like open practices need to be approached much more critically lest they reinscribe inequities and oppression that we’re aiming to overcome. I’m hoping to be in conversation with you all to advance open practice as a community and for my individual growth. Looking forward to working with all of you!

Hello all!
My name is Elaine Farrally-Plourde, over the last few years I served as OER Program Director at three New York metro area colleges. Today, I’m a freelance instructional designer for different institutions of higher education, some public, some private, some elite private and EDI is a pressing issue everywhere!

Aloha! My name is Wayde Oshiro and I am the Interim Learning Commons and Library Coordinator at Leeward Community College in Pearl City, Hawaii. I serve as a lead for the OER initiatives at my campus and for the University of Hawaii Community Colleges System. My EDI experience is limited and began when I joined the EDI Community of Practice discussions last fall. I’ve learned much since then, but I also know that I have much more learning to do. I first learned of this book last November and it’s been on my reading list since then so I am really looking forward to our book club.

Waving hello, Cynthia! I was intrigued by your description of LIS Microaggressions, looked it up, and then impressed to read the blunt experiences collected via anonymous postings https://lismicroaggressions.com/

I am interested in ways people can say what is not always what can be expressed publicly.

Hello, everyone! My name is Jennifer Nohai-Seaman (NO-HIGH-SEE-MAN) and I’m a math professor at Housatonic Community College in Bridgeport, CT. I’ve been an OER user since 2014 and I led my campus OER degree initiative with Achieving the Dream. I’m now the Educational Resources Committee Chair on my campus and serve as our school’s representative for our state OER advisory group.

I’m beginning my doctorate this summer at Univ of Wyoming in C&I for math education and I “think” my focus will be EDI in math. I’m eager to absorb all that I can.

Sorry that I cannot participate in the first virtual meeting, I’m taking my daughter to visit colleges that day.

I get the same effect with my avatar, Judith

Long ago I was fortunate to be a featured speaker at an early WordCamp conference in San Francisco. All of the speakers had a conference bio based on their twitter profile. I was talking to the guy who had founded one of early viral meme sites, and he said to me, “I recognize you from your conference profile.” I felt like I had him cornered when I replied “Hey, I’m the dog” but without missing a beat he responded, “And a good looking one at that”

Hi, Alan! It is good to see you here. I think about anonymity a lot because even though I’m pretty honest on public forums like Twitter, there’s still like 90% of thoughts I keep behind private DMs and text messages with friends. I can tell you that these conversations are some of the most interesting and necessary needed to really address EDI in open education or libraries, but it’s not always safe to do so. I think it’s relevant in this space because even for this group, I know I’m still going to show up and decide how much I’m willing to share.

Short story time: even though, in my opinion, LIS Microaggressions was/is (it’s still technically functional) not particularly radical, this work led to a really ugly incident in which a conservative news reporter did a public records request of my work emails, found some “dirt” and wrote an article that led to some conservative forums inciting their readers to send tweets, emails, and calls to a member of our team directly, with some of it directed my way. We received a lot of hateful messages, and I don’t think I ever fully recovered from that experience (part of why LISM is semi-defunct). I think this incident (among others) are one of the reasons why I think open work needs to be critically examined as not all things ought to be open. And different people and communities have different stakes for working open!