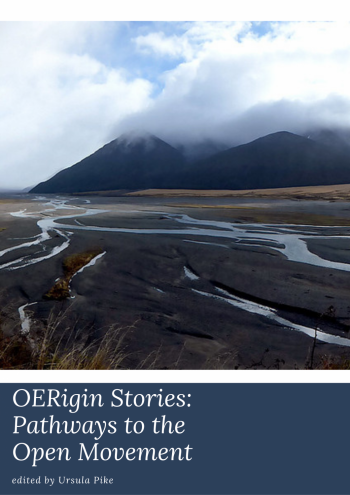 In conjunction with the OER Recommendation Action Area of Inclusive and Equitable OER, let’s read together and discuss OERigin Stories: Pathways to the Open Movement. Compiled and edited by my colleague, Ursula Pike, OERigin Stories explores the history of six women of color working in the Open Education movement in both the U.S. and Canada, including:

The book is a relatively quick read, a perfect way to spend your time while traveling to Nantes, if you are attending the conference in person, or to take a break from meetings and other mundane work if you are not! Before and during the conference, I will post discussion prompts related to the book here. Feel free to respond to these or to raise prompts/questions of your own.

Join us in getting inspired by these diverse women leaders – including Pike herself – who are models for encouraging effective, inclusive, and equitable access to quality OER.

What is your “OERigin Story”? Feel free to share how you became involved with the Open Movement. 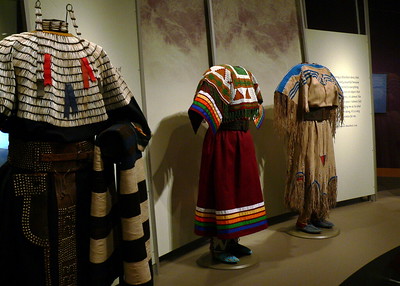 Native American dresses by HarlanH is licensed under CC BY-NC-2.0 (taken at the National Museum of the American Indian). Image included in Jessie Loyer’s “OERigin Story.”

Ok, I’ll go first! A number of circumstances brought me to Open Education, but one was being an author of a textbook published by a commercial publisher. I became very disillusioned with the process, with the small percentage of royalties I earned vs. the publisher’s profit margin, and – even though it is a digital text and thus relatively affordable – with the fact that it still could be a barrier to the ability of students to afford their education – and thus to equity.

Judith, that is great to see this from two different perspectives as someone who has published with a commercial publisher and as a creator of OER. I know that it is a big deal to many people to have been published by a commercial publishing company, and that is unfortunate to hear that you don’t end up making very much off of it, but it really isn’t surprising.

I’m a librarian and I became involved with the Open Movement a few years ago because my state does not have any policies or infrastructure in place for OER and that need to change. I am at the largest institution in the state of Nevada, CSN, and in the past three years I have helped our percentage of using OER grow from 3% to just over 17%. I stared a collaboration project with the other Nevada community colleges to talk monthly about our OER efforts with the end goal being to get a course marking system passed by the Nevada System of Higher Education and brought to and passed by state legislature. Nevada was hit extremely hard by the pandemic and many of our students were out of work for over a year because our economy is based mainly on tourism. The students at CSN could no longer afford to go to school, let alone textbooks. There is so much more to the Open Movement than just the cost of textbooks, which I’m glad that many of the faculty are realizing since adopting.

Gracie, thanks for adding this perspective! Your efforts to grow OER use at CSN is amazing – growth from 3% to 17% in just three years is significant! Kudos to you for these efforts and for recognizing the myriad benefits of Open for your students.