Not So Magic Tricks for Open Licensed Image Use

This topic is more of an ongoing interest, both in spreading the understanding of not just finding open licensed images for reuse (see my box of tricks), but also remixing, and the all important step of attribution (a long running blog topic of mine).

I am an avid photographer and sharer of them in flickr, and I enjoy both finding/reusing photos for metaphors in my writing and projects, but also remixing them. I am a bit of a PhotoShop geek, still more to learn with this software than I know and I have used it since version 1.0!

The Relevance to Open Education

While much of the focus of OER these days is on larger chunks of content (e,g, textbooks), images to me has always been of interest in understanding open licenses and remix, because they are a granular media used in those bigger projects.

I Will Speak Here About…

What kind of magic tricks will happen here? Hmmm. these will come out of my ongoing media work, stuff I do and use on a regular basis as I use various tools and resources for finding/remixing media.

This space is also open to you to share your own tricks or ask for ideas.

Note: This is one example of an Idea Corner topic - you can start your own here, just make a new topic, post, share, do something, update, repeat!

First up is a flickr trick I learned so long ago that I remember easily the URL needed to make it work. It’s… magic. 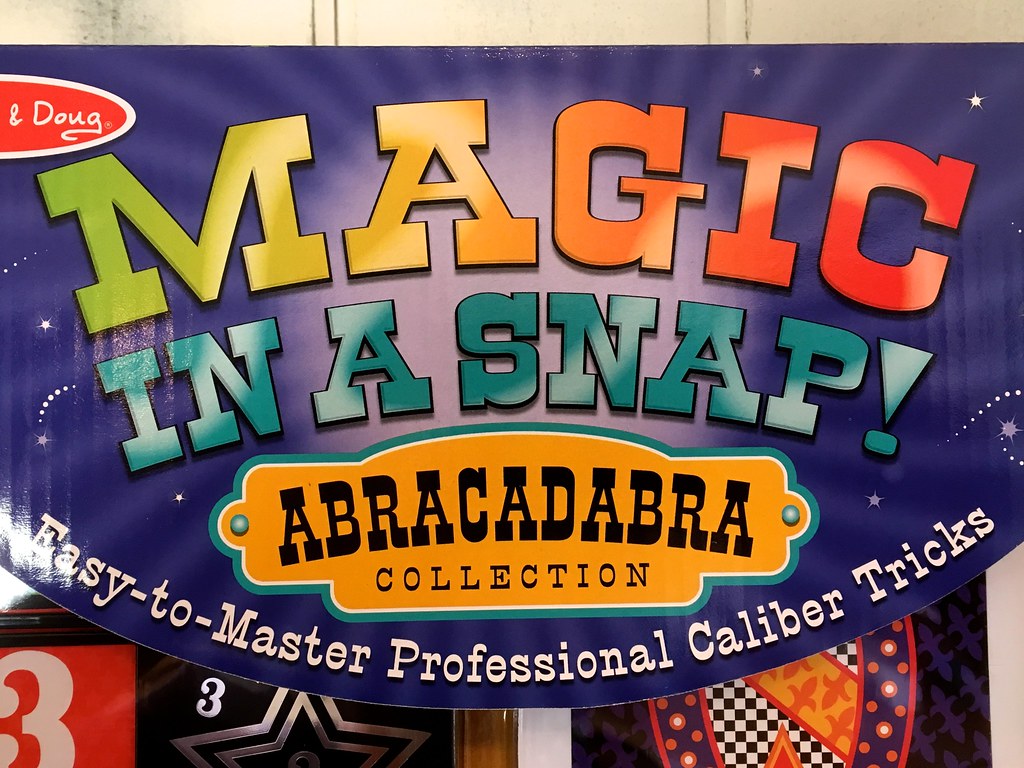 I am a huge fan of flickr, I joined in 2004 a month after they launched. Creative Commons was baked n almost from the start. It’s my place for not just posting my photos (all CCo, that’s another story), but finding open licensed ones to use for my work, but also participating in groups and discussions.

That photo above is found at the web address https://www.flickr.com/photos/cogdog/32604140575/ where you find key information, like the creator (me), a caption, date, tags, license etc.

It’s not obvious to most, but the image file names for a downloaded flickr image have an important pattern, like for the above image, I get this file name for the large size-

What I find is that often you come across file names like these uploaded to a web page, or in a file sent by email. And there is no obviou way from just a flick file name, to get to the info that is included on the flickr URL where the image came from.

Here is an example, for a Connect post elsewhere I did an Creative Commons filtered google image search for the word “hamburger” and landed on an article from the Hillsdale Collegian, a Michigan college newspaper (the oldest according to the footer, I read web page footers!)

The picture is perfect! But alas, the author has fallen way short of proper TASL attribution, there is title, author, source or license, just the text “Flickr”. No link at all. 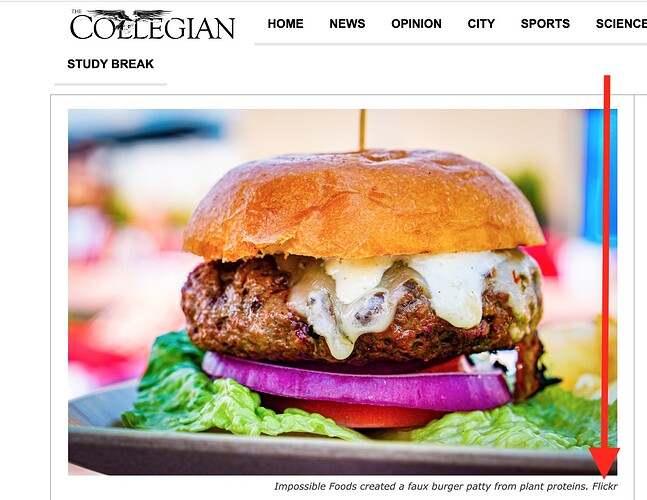 Picture of a hamburger in the Collegian site where an arrow points to the insufficient attribution to simple &quot;flickr&quot;1510×1166 321 KB

Sure I could have done a reverse image search (which you will see why below would have failed). But I have a direct trick because I can see from the file name of the image in it’s URL that it looks very much like the flickr file name:

So I am fairly confident that this is the image file downloaded from flickr. Let’s apply some magic

Flickr file names always have a structure where parts are separated by an underscore:

Again, the most important thing is the first series of numbers in the file name, up to the first underscore. We append that string of numbers to the Magic Generating URL:

BOOM! We can get from the file name alone the URL for the source flickr page or https://www.flickr.com/photos/taedc/48574958831/ I now know:

I feel like a web MacGyver every time I do this.

This is All Nice But What About a Practical Use?

I incorporate this into my work flow- if I download an image to use in flickr, say one for a project where I need a photo to represent a magic item, I might get a file named

rather than naming it something like magic_item.jpg so I know what the image is for, I just prefix the file name when saved on my computer, to be like:

Why? If I did not keep track of the source of the image, my flickr magic trick can get me to it.

Now it is your turn, see if you can find the flickr web page for this photo, and look for a message there.